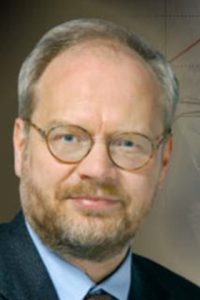 Abstract
Option hedging is a critical risk management problem in finance. In the Black-Scholes model, it has been recognized that computing hedging position from the sensitivity of the calibrated model option value function is inadequate in minimizing variance of the option hedge risk, as it fails to capture the model parameter’s dependence on the underlying price, see e.g., [16, 37]. In this paper we demonstrate that this issue can exist generally when determining hedging position from the sensitivity of the option function, either calibrated from a parametric model from current option prices or estimated nonparametricaly from historical option prices. Consequently, the sensitivity of the estimated model option function typically does not minimize variance of the hedge risk, even instantaneously. We propose a data driven approach to directly learn a hedging function from the market data by minimizing variance of the local hedge risk. Using the S&P 500 index daily option data for more than a decade ending in August 2015, we show that the proposed method outperforms the parametric minimum variance hedging method proposed in [37], as well as minimum variance hedging corrective techniques based on stochastic volatility or local volatility models. Furthermore, we show that the proposed approach achieves significant gain over the implied BS delta hedging for weekly and monthly hedging.

Professor Thomas F. Coleman holds the Ophelia Lazaridis University Research Chair at the University of Waterloo. The focus of this chair is on the design of efficient optimization methodologies targeted to a variety of scientific and industrial applications.. Professor Coleman also heads the research effort at the Global Risk Institute.

In 2010-2011 Coleman served on the “oversight committee” to establish the new Canadian national institute, the Global Risk Institute in Financial Services (GRI), a not-for-profit private/public organization. He chaired the GRI subcommittee, the Research Structure Committee, to establish the research mandate/framework for GRI.

From 2005 to 2010 Coleman served as the dean of the Faculty of Mathematics at the University of Waterloo. This Faculty of five departmental units consists of 200 faculty members, 5000 undergraduates, close to 1000 graduate students. During Coleman’s tenure as dean, the Faculty of Mathematics acquired funds for, and began the construction of a new Faculty building (Math 3), became a founding member of a new UW campus in the UAE, established outreach offices in Toronto and Shanghai, developed numerous international partnerships, and, with the support of the Bill and Melinda Gates Foundation ($12.5M), greatly expanded the high school reach of the Centre for Education in Mathematics and Computing .
Prior to 2005 Coleman was a professor of computer science at Cornell University; he was a faculty member in the Computer Science Department at Cornell University for 24 years, 1981-2005. In the period 1998-2005 he was also the director of the Cornell Theory Center (CTC – a supercomputer applications center) which received major support from numerous technology companies, primarily Microsoft. He was chair of the SIAM Activity Group on Optimization (1998-2001). During his tenure as CTC director, Coleman founded and directed CTC-Manhattan, a computational finance academic-industry-government venture located at 55 Broad Street in New York.

Coleman is the author of four books on computational mathematics, the editor of six proceedings, and has published over one hundred journal articles in the areas of optimization, automatic differentiation, parallel computing, computational finance, and optimization applications. Coleman is currently on the editorial board of several professional journals. Coleman had developed, with colleagues, both freely-available and commercial software for optimization use and application. In 2016 Coleman became a fellow of the Society for Industrial and Applied Mathematics. 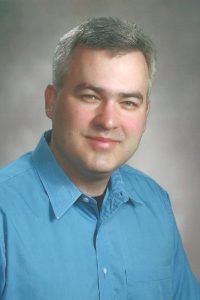 Abstract
Banks and other financial institutions grant “Small” loans (up to and including half million dollar mortgages) are typically granted to applicants as the result of an automatic process in which the responses to a set of questions (about income, other assets debts, etc)  are combined into a score which is then compared to a threshold.  Applicants with a score better than a certain threshold are granted a loan with a given set of terms.   Exactly how the scoring algorithm works is, of course, to some degree confidential, but incentives to “game” the loan granting system nonetheless remain. In this talk I give an introduction to modern data-driven retail credit and discuss an iterated game in which some borrowers (or their agents) deliberately falsifies aspect of her application, while other borrowers do not. The third player here is the bank. High level strategy and policy conclusions are drawn.  (Joint with Cristian Bravo and Mimi Chong)

Bio
Formerly (2006-2016) Tier 2 Canada Research Chair in Quantitative Finance, Matt Davison is the director of the new School of Mathematical & Statistical Sciences at Western University in London Ontario. He has co-authored 67 papers, 9 book chapters, 13 refereed conference proceedings, and a patent, and is the author of the financial mathematics textbook   Quantitative Finance: A Simulation-based introduction using Excel. Matt works in the areas of commodities trading, green energy finance, financial risk management, and industrial mathematics, and draws upon techniques and insights from business, economics, engineering, mathematics, and statistics. 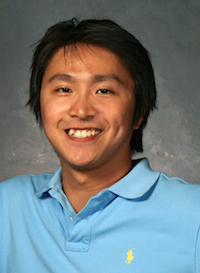 Abstract
Understanding extremal risks is central to financial and insurance management. One bottleneck in analyzing extreme events is that, by its own definition, tail data is often scarce. Conventional approaches fit data using justified parametric distributions, but the inherent bias-variance tradeoff in the parametric fitting can hinder the estimation reliability. We discuss approaches using robust optimization as a nonparametric alternative that, through a different conservativeness-variance tradeoff, can mitigate some of the statistical challenges in estimating tails. Our framework uses optimization imposed over probability distributions to compute confidence bounds on extremal performance measures, under constraints that capture tail geometries and other obtainable information. We discuss the solution approaches and statistical performances compared to the conventional methods, and present some extensions such as applications in rare-event simulation.

Bio
Henry Lam is an Associate Professor in the Department of Industrial Engineering and Operations Research in Columbia University. He received his Ph.D. in statistics from Harvard University in 2011, and was on the faculty of Boston University and the University of Michigan before joining Columbia in 2017. Henry’s research interests include Monte Carlo simulation, risk analysis, and stochastic and simulation-based optimization. His work has been recognized by several venues such as the NSF Career Award (2017), the INFORMS JFIG Competition Second Prize (2016) and the Adobe Faculty Research Award (2016). He serves on the editorial boards of Operations Research and INFORMS Journal on Computing. 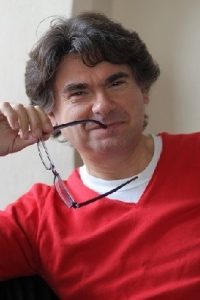 Title: Postmodernism in Finance: The Mathematics of Management Fees

Abstract
Low negative rates and the low performance environment are putting pressure on the investment business. In this talk we will analyze the valuations of fee structures, and propose frameworks where the Black- Scholes valuation of new fee structures delivers value to managers and investors alike.

Bio
Luis Seco is Professor of Mathematics at the University of Toronto, where he also directs the Mathematical Finance program and the RiskLab, a research laboratory in financial risk management. He is also the President and CEO of Sigma Analysis & Management, an asset management firm that specializes in hedge fund investments for institutional investors. He obtained his PhD at Princeton University and worked at Caltech.